Concerned about the declining health of people all around them, Native American women are sparking physical and spiritual rejuvenation through reclaiming traditional foodways.

RETURN: Native American Women Reclaim Foodways for Health and Spirit, a film by Singing Wolf Documentaries, features charismatic Roxanne Swentzell from Santa Clara Pueblo in New Mexico whose efforts to reclaim ancient foodways are echoed across the continent by Tlingit, Muckleshoot, Oglala Sioux, Menominee, and Seneca women.  At its heart this film is about empowering people to overcome their current circumstances through eating as their ancestors did – nutritiously and locally. RETURN offers an approach to confronting the diabetes epidemic now rampant in Native American communities.

Refugees in their own land, Native Americans were herded onto reservations and deprived of their traditional foods. Instead they ate rationed bleached flour, unhealthy fats, and sugar with few alternative and healthy options for cooking. Today, according to the US Department of Health and Human Services Office of Minority Health, Native American and Alaskan Natives adults are twice as likely as non-Hispanics to struggle with diabetes and with the associated maladies of heart disease and stroke. Health experts along with research attribute the higher disease rates in Indigenous communities to cultural disruption, poor education, poverty, inadequate access to health services, and economic adversity.

LEARN MORE ABOUT THE FILM AT RETURNDOCUMENTARY.COM 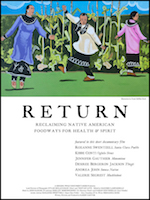 Concerned about the declining health of people all around them, Native American women are sparking physical and spiritual rejuvenation through reclaiming traditional foodways. 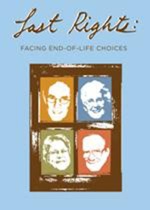 A look at different paths followed by four terminally-ill patients as told by their beloved families. 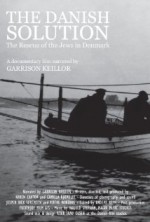 The rescue of the Danish Jews in 1943.  Produced with Camilla Kjærulff.

Singing Wolf Documentaries was founded in 2000 to create productions of high aesthetic value with underlying moral dilemmas. The intent is to contribute to the debate of relevant issues and encourage compassion, tolerance, and civic engagement.